Political scientist Shpakovsky: the degree of rapprochement between the Russian Federation and Belarus in the economy will be higher than in the EU 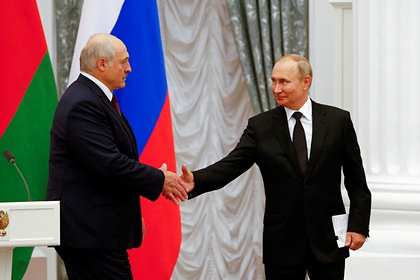 Belarusian political scientist Alexander Shpakovsky promised more higher level of integration than in the countries of the European Union. According to him, quoted by RIA Novosti, Minsk and Moscow have a chance to make an integration breakthrough, which will have a positive effect on the economies of the two countries.

Related materials 00:01 – Today ” Everyone had a mess in their heads “30 years ago, the Soviet leadership tried to save the country. What prevented the Union from being saved? 12:44 – September 10

“We can quickly resolve all issues” Lukashenka agreed to integration with Russia. What will the Union State be like?

“The Union State has a chance to make an integration breakthrough. If this breakthrough is made and if the deadlines laid down in the Union programs are met, then the degree of our convergence in the economy will be higher than in the EU, “Shpakovsky said.

The political scientist positively assessed the role of integration for the economy Belarus. According to him, in the short term, the additional growth of the country's GDP will amount to 1.5 percent per year. For Russia, the convergence of economies will also play an important role, Shpakovsky is sure. “For Russia, the effect will be quite high due to the fact that Belarus is the third, sometimes the fourth, foreign trade partner of the Russian Federation. The trade turnover this year will be at the level of 37-38 billion dollars, it has grown by 35 percent in comparison with last year, “he said.

Presidents of Russia and Belarus Vladimir Putin and Alexander Lukashenko signed 28 roadmaps on integration of the two countries in early November. As a result of their implementation, countries will achieve closer ties in the trade, economic, defense and migration spheres.