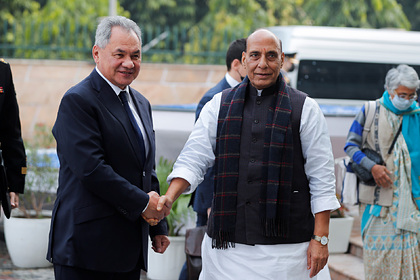 During a meeting of the Russian-Indian intergovernmental commission on military-technical cooperation in New Delhi, Russia and India signed a number of agreements, contracts and protocols related to small arms and military cooperation. Indian Defense Minister Rajnath Singh said this on his Twitter account.

“We hope that our cooperation will bring peace, prosperity and stability to the entire region,” Singh concluded.

Earlier Sergei Shoigu said that India is one of Russia's key partners in the defense sector. The Defense Minister noted the special privileged nature of relations between New Delhi and Moscow. He emphasized the unprecedented level of trust between countries.