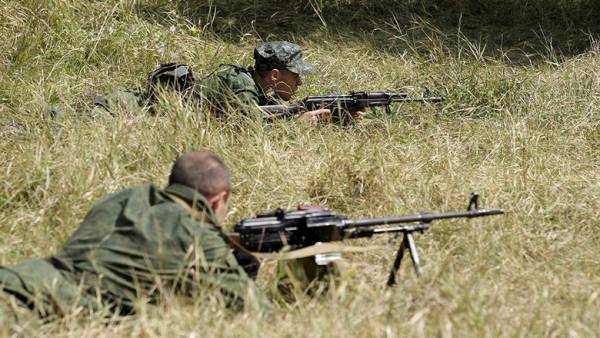 Earlier, the Russian Foreign Intelligence Service reported that & nbsp; the United States became more active and & nbsp; tougher to enlist the support of Europe in & nbsp; containment of Moscow; Ukrainian Defense Minister Oleksiy Reznikov said that & nbsp; intelligence agencies of Ukraine, the United States and & nbsp; Great Britain exchanged information about & nbsp; alleged accumulation of Russian troops near the Ukrainian borders. With & nbsp; this Russia has repeatedly stated, not & nbsp; does not threaten any & nbsp; country, but & nbsp; the movement of troops across & nbsp; its territory & nbsp; & mdash; sovereign right.

According to the Financial Times, diplomatic “engagement” as well as the US's decision to spread intelligence helped convince some skeptical countries, including Germany, that “the Kremlin may soon be sending troops to Ukraine.”

According to the & nbsp; sources, the United States decided on & nbsp; this “ uncharacteristic '' the proliferation of intelligence, as some European allies did not & nbsp; trust US statements of & nbsp; Russia's preparation for & nbsp; invasion.

The US began sharing information in & nbsp; early November ahead of the NATO ministerial meeting. According to the & nbsp; newspaper, Washington handed over to the allies reports of American intelligence about & nbsp; alleged concentration of Russian troops along the border of Ukraine and & nbsp; other evidence of & nbsp; & nbsp; possible preparations for an & nbsp; attack. According to one & nbsp; source, the amount of material was “ very detailed. ''

The newspaper also notes that US President Joe Biden intends to “warn” his Russian counterpart Vladimir Putin against “invading” Ukraine during a conversation on Tuesday.

Earlier, the White House officially confirmed that & nbsp; US President Joe Biden will hold a conversation on December 7 & nbsp; with Russian President Vladimir Putin, during which he will express concern about “ Russia's military activity '' at & nbsp; border with & nbsp; Ukraine. The press secretary of the Russian leader Dmitry Peskov noted that the presidents' communication is scheduled via & nbsp; video link on Tuesday evening, they themselves will determine the time needed for the & nbsp; conversation.

With this, Kiev and & nbsp; Western states in & nbsp; have recently expressed concern about & nbsp; connection with & nbsp; allegedly increasing “ aggressive actions ''; from the & nbsp; side of Russia at & nbsp; the borders of Ukraine. Peskov stated that & nbsp; Russia is moving troops within & nbsp; the limits of its territory and & nbsp; at & nbsp; its discretion. According to & nbsp; it does not threaten anyone and & nbsp; should not bother anyone.