Leus said that the daily frost record of 128 years ago was broken in St. Petersburg 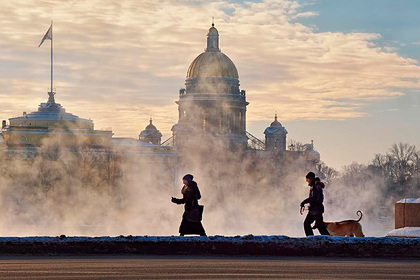 thermometer dropped to minus 20.9 degrees. The leading specialist of the Phobos center, Mikhail Leus, wrote about this on his Facebook page.

The forecaster noted that he broke the frost record for this day 128 years ago.

According to him, in the 21st century cold records in St. Petersburg were updated only twice: on July 14, 2015 and January 3, 2002.
the coldest since the beginning of winter.

Earlier, forecaster Evgeny Tishkovets predicted that in winter Muscovites will have relatively warm December and February, but also frosty January. He gave a long-term scenario for the development of winter in the capital of Russia, describing it with the phraseological unit “warm sandwich”.