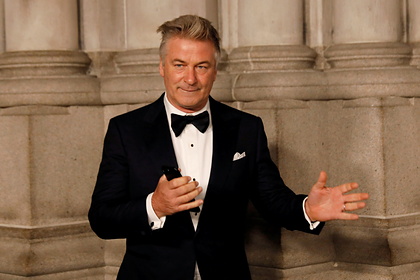 American actor Alec Baldwin deleted one of his accounts on Twitter after the release of an interview in which he spoke about the death of cameraman Galina Hutchins on the set of the film “Rust”. This is reported by Fox News.

It is known that the artist had two confirmed Twitter profiles, in one of which he published posts more often. Baldwin removed the most active page.

Why Baldwin chose to do this is unknown. Representatives of the movie star declined to comment on the situation.

On October 22, it became known that during the filming of one of the scenes of the Western “Rust” Alec Baldwin fired a revolver, which was supposed to be loaded with blank cartridges, but they turned out to be live. As a result, cameraman Galina Hutchins was killed, and the film's director Joel Sousa was injured.

Baldwin recently gave his first interview after the tragedy to the American television channel ABC, in which he stated that he did not pull the trigger of the pistol. He also noted that he had not heard of any security concerns at the Rust movie site.