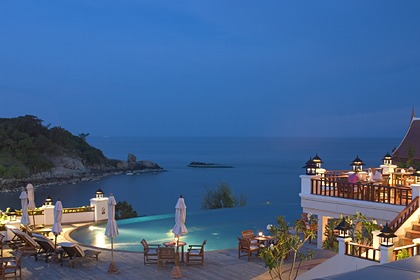 all-inclusive hotels she visited in 2021. She shared her impressions in a video published on a blog on the Yandex.Zen platform.

So, the girl shared that she had managed to relax in ten hotels in a year, and from three of them she had unpleasant impressions … The first object that disappointed the girl was the four-star Acar hotel, located on the second line in Oba district of Alanya province.

“I didn't really like the rooms because it felt like the hotel was old – everything was a little shabby. The hotel also saved on the Internet, it had paid Wi-Fi, and prices start at one euro per hour. Plus there was a paid safe, but they didn't give out beach towels, “the traveler explained and added that the food at the hotel was not very varied, and there was little entertainment.

The second hotel that caused conflicting emotions among the tourist was turned out to be a five-star Seger Sun Palace in Side. According to the blogger, she got the impression that this hotel used to be a good hotel, but now no one is trying there for clients.

“I didn't really like the way this hotel is cleaned. I read in the reviews that the cleaning ladies don't even notice the obvious stains. I had such a situation that when I opened the refrigerator, there was a pungent smell of sausage. The hotel also deceives tourists a little – the description says that it is on the first line, but in fact it is on the third, ”the vacationer clarified.

The next hotel to which the Russian woman refused to return is the four-star Xperia Saray Beach, located in Alanya “on the most beautiful beach” – Cleopatra. The traveler explained that the property has very good reviews and high prices, comparable to the cost of a five-star resort in Side or Avsallar.

“I think it is overpriced. For the same money, I would be better off rested in another hotel. Firstly, this hotel has a very small area, only a pool and a bar for entertainment. There is a spa complex, but this is the first hotel in my experience in which it is paid. It also has a paid safe and a very narrow balcony, “the girl explained.

The tourist also added that all the reviews are her subjective opinion and other travelers may like the hotels that she indicated in the rating.

Earlier, in October, a Russian woman rested in a five-star hotel in Side for 70.7 thousand rubles and called it the worst resort for a vacation in Turkey. As the traveler said, the first troubles began at the airport. Further, the author complained about the too long check-in process at the hotel – she had to wait at the reception for three hours.