German diplomat Ischinger: Ukraine should follow the example of Finland in relations with NATO 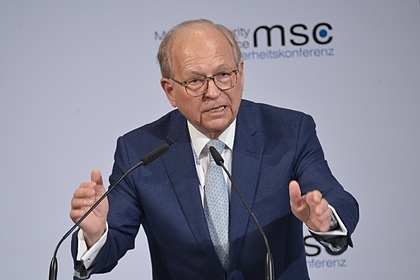 The head of the Munich Security Conference Wolfgang Ischinger advised Ukraine relations with NATO follow the example of Finland, which is part of the European Union (EU) but is not a member of the alliance. He expressed this opinion in an interview with Handelsblatt.

The German diplomat said that he did not rule out the possibility of Ukraine becoming a NATO member. However, Ischinger emphasized, “this is a red line for Russia.”

America wants to drag Ukraine and Georgia into NATO. This is the red line for Russia. Although we cannot say that Ukraine and Georgia will never be able to become members of NATO. But we could give Ukraine a hint that in the long run it should be targeting the Finns. Finland is a member of the EU, but not NATO

Wolfgang Ischinger, head of the Munich Security ConferenceDialogue with Russia

The diplomat expressed the opinion that the new government of the FRG should promote the development of a constructive dialogue with Moscow. He stressed that he does not yet believe in the alleged “upcoming invasion of Ukraine by Russia, which some fear”.

“Russia is pursuing not so much a strategic as an opportunistic policy. That is why it is so important to negotiate with Russia from a position of Western power. The federal government should promote bilateral cooperation and dialogue between the EU and NATO on the one hand and Moscow on the other. Dialogue with Russia can be wrong only if it can be interpreted as a sign of weakness, “he replied.

Protection against the” invasion “of MoscowMaterials on the topic00: 01 – November 2 “We cannot live in enmity” Why does Zelensky want to meet with Putin and what is he willing to do in order to maintain power? 00:01 – December 3

“Ukraine is always shooting itself in the foot” What will the next aggravation of the conflict between Moscow and Kiev turn into for Ukrainians?

The forthcoming attack, which is allegedly being prepared in Moscow, was previously announced by the Minister of Defense of Ukraine Alexei Reznikov. He asked the military from England, the United States and Canada to protect the integrity of the state in the event of aggression from Russia. As reported by RIA Novosti with reference to the interview of the head of the Ukrainian defense department to The Globe and Mail, the matter concerns American, Canadian and British formations.

They, according to Reznikov, should be stationed in those regions of the country that “can become positions on the front line in the event of a large-scale attack by Russia.” The minister also called on the “Anglo-Saxon allies” to provide assistance to Ukraine not through NATO. An example of such cooperation could be the sending of more military instructors to the country.

It would be good if Canadian instructors were deployed in Kharkiv, Mariupol, Kramatorsk, Odessa and on Zmeiny Island. Together with the guys from the United Kingdom, with the guys from the USA, within the framework of bilateral platforms, without NATO. Three flags should fly at these territories. This will be a good sign to the Russians that you are here

The senator believes that NATO does not intend to fight for Ukraine. According to him, the secretary general of the alliance Jens Stoltenberg confirmed this, recalling that Ukraine is a partner, but not a member of the alliance.

In the NATO capitals they are afraid, but they do not intend to fight for Ukraine. Alliance Secretary General Stoltenberg made it clear, reminding that Ukraine is a partner, but not a member of NATO. This means that Article 5 of the Washington Treaty does not apply to it, and the alliance has no obligation to defend Ukraine. Therefore, its Ministry of Defense is trying to intimidate the West at least with refugees: Kiev clearly lacks other arguments.

Pushkov also said that he considers Ischinger's wise advice for Ukraine to follow the example of Finland, however, according to the senator, the Kiev authorities are ready to sacrifice the country and join NATO in order to drag the alliance into a conflict with Russia.

“From the representative of the NATO country is wise enough advice, but for this reason the current Kiev authorities are not able to accept it. There is no one in Kiev to understand this: the level does not allow, and the country is not a pity. So they will whistle and whine to join NATO, trying to drag the alliance into a war with Russia, ”summed up Pushkov.