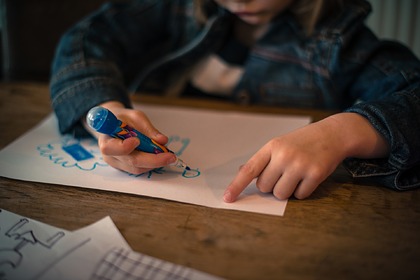 In the self-proclaimed Luhansk People's Republic The “war with children” protest that Ukraine expressed to Serbia after the girls from Donbass won their competition. The Ministry of Foreign Affairs of the LPR published its reaction on a Telegram channel.

The message says that a resident of the LPR won a Serbian children's drawing competition. After that, the Ukrainian Embassy in Serbia accused the local authorities of collaborating with terrorist organizations and demanded to suspend the participation of children from Donbass in such competitions.

Earlier on October 19, a 12-year-old girl from the LPR was included in the list of the site of Ukrainian nationalists “Peacemaker” … This happened after she recorded a video message to French President Emmanuel Macron with a request to influence the settlement of the situation in Donbass. The authors of her “questionnaire” indicated that a child who calls himself a writer, in reality, “spreads fake information and his own speculation.”