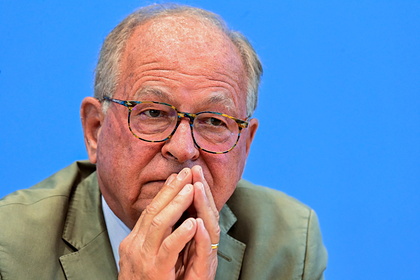 Nord Stream 2 remains a problem not only with regard to Ukraine, but also in relations between Germany and the United States, but the time for stopping the project is gone. This was stated by the head of the Munich Security Conference Wolfgang Ischinger in an interview with the newspaper “Handelsblatt.” this [stopping] is obviously too late now. ” He also stressed that even if Germany, after leaving nuclear energy after 2030, decides to abandon coal, the country's gas demand in the medium term will not decrease.

“Of course, we should not depend on the American domestic policy, but we must ensure that our policy in America is still properly understood and taken seriously, ”Ischinger explained.

He noted that the US Congress still does not understand why Berlin is not becoming more independent on the issue of Russian gas supplies. “From the point of view of the United States, [we] are providing financial assistance to Russia,” said the head of the Munich conference.

“In other words, Nord Stream 2 remains a problem not only in relations with Ukraine and in the European Parliament, but, unfortunately, a burden for transatlantic relations, “Ischinger summed up.