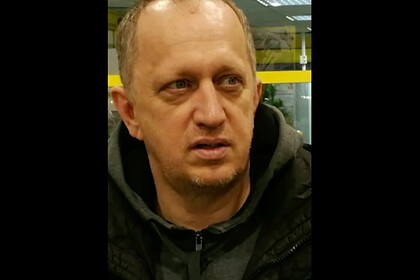 Blogger Dmitry Yakushev, who jokingly asked the Investigative Committee (SK) Russia to check the work of Oksimiron and Noize MC, declared his sympathy for the artists. He told the Telegram channel Mash about this.

The blogger admitted that he often jokes and is engaged in such “political satire.” According to him, people who know him personally know about this, while the man stressed that he is not a “millionaire blogger.”

“In fact, I really like both Oksimiron and Noize MC … I was just joking, spoke from the side of such a completely blinkered idiot, and wrote a completely idiotic appeal on purpose. Allegedly, an appeal from a group of patriots, of course, it was not sent anywhere, “he said during a telephone conversation.

Earlier, Yakushev asked the head of the TFR Alexander Bastrykin not to check the musicians' creativity. He stated that he had invented as a joke an appeal by a “group of patriots” who allegedly saw in the musicians' lyrics the rehabilitation of Nazism and extremist activities, as well as the propaganda of a negative attitude towards law enforcement officers.

December 5, Chairman of the Investigative Committee of Russia Alexander Bastrykin instructed to check the activities of Noize MC and Oksimiron because of the appeal of the “initiative group of patriots”.