DPR head Pushilin: the unification of the republics will give Ukraine a reason to rewrite the Minsk agreements 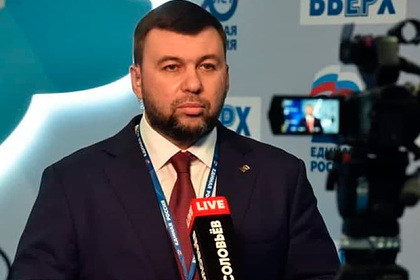 The head of the self-proclaimed Donetsk People's Republic (DPR), Denis according to which the republics of Donbass cannot unite. This was reported by the Telegram channel of the Sputnik news agency.

Pushilin explained that the main reason is the Minsk agreements. “Since the list of the signatories is indicated in them, the unification of the republics will give Ukraine a reason to rewrite them. But if necessary, we will work out the issue of unification, “the DPR head added.

Earlier in December, Pushilin called the situation on the contact line in Donbass one of the most serious since 2014. He noted that another exacerbation is taking place in the region. Pushilin emphasized that in terms of the number of equipment, strained personnel and the hysteria that sounds in Kiev, it is one of the most serious since 2014-2015.