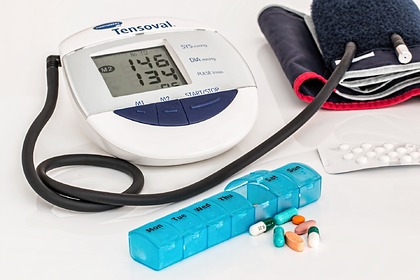 Low blood pressure is less dangerous than hypertension, but it threatens a heart attack, he said a cardiologist from Germany, board member of the Bavarian Heart Attack Network Robert Schwinger. RIA Novosti writes about this with reference to the Focus edition.

The medic denied the claim that low blood pressure does not affect health and protects the circulatory system and organs. According to him, hypotension is not considered a disease, in this regard, there is no exact data on the proportion of people with low blood pressure.

Schwinger noted that the symptoms of hypotension include tinnitus, weakness, headaches, as well as shaky gait and arrhythmia. He added that hypotension can be an independent disease, especially in thin and tall people who do not play sports. It can also be caused by thyroid dysfunction, cardiovascular disease and neurogenic disorders.

According to him, low blood pressure is usually a threat to the elderly. For example, dizziness can cause them to lose their balance and fall, which can lead to serious injury.

Another danger is a heart attack. The man explained that first of all, this concerns patients suffering from coronary heart disease.

Earlier, cardiologist Maria Chaikovskaya described two breathing practices that will help raise blood pressure in a few minutes. These methods will be useful for hypotonic patients, for whom the pressure of 90 to 60 is already a familiar phenomenon, and sleepy drivers. They are not suitable for people who have recently had a heart attack or stroke, with increased intraocular or intracranial pressure, hernias in the abdominal wall, and if the low pressure is associated with medication.