RT: three Russians who returned from South Africa were transferred to the observatory in Taldom due to ARVI symptoms 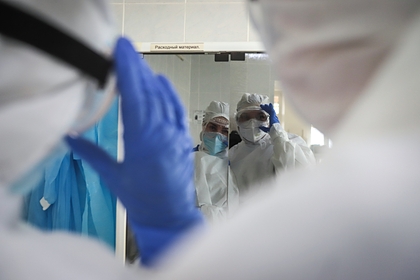 Three Russians who returned from South Africa from Sergiev Posad to another observatory located in Taldom, due to the symptoms of ARVI that have appeared in them. Telegram-channel RT writes about this with reference to a resident of Yaroslavl, Yulia Demina, who flew in on an export flight from an African country.

“Due to my fever, they decided to take me to an ambulance to another place. Me and two other people who also have a temperature, “she said on Instagram.

Earlier, Rospotrebnadzor reported that nine Russians who arrived from South Africa had passed a positive PCR test. Now there is a decoding of the strain of these tourists. Among the cases of COVID-19 there is a pregnant woman with a child.

A PCR test was taken from those who arrived at the airport on a flight from South Africa via Addis Ababa on December 4. They went through a separate passport control, after which they were placed in a boarding house near Moscow Sergiev Posad for quarantine due to the threat of the spread of a new omicron strain of coronavirus. People with the identified infection were taken to the observatory.