In Yekaterinburg, a woman broke her arm in a hospital, which she went to with a broken leg 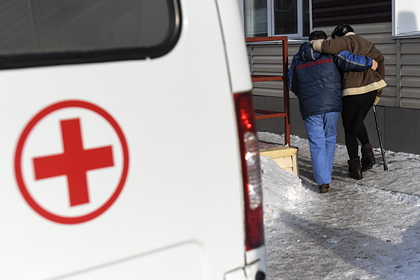 how her mother came to see the doctor with a broken leg and broke her arm. This is reported by E1.ru.

Her daughter and her colleague helped the woman get to the emergency room. The daughter asked the doctor if she could take the victim into the office and help to undress, but was refused.

“I’m standing at the office, suddenly I hear my mother’s wild cry. Then the doctor shouted for me to come in, ”recalls the Russian woman. It turned out that on the X-ray the woman was given a chair to take off her shoes, but before him the patient had to jump on one leg. At that moment, she fell and broke her wrist.

The victim's daughter considered the attitude of the doctors negligent and turned to a lawyer to sue the hospital.