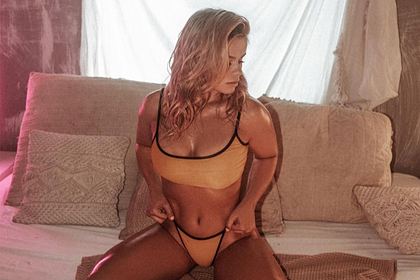 The photo of the 27-year-old girl amazed the fans. In just two hours after publication, the post received more than 43 thousand likes. In the photo, the girl is posing in a yellow bikini swimsuit.

On November 29, the American appeared in front of the fans in a leopard bikini. The publication has received more than 146 thousand likes.

Vanzant is considered one of the sex symbols of MMA. The American is known for her performances in the Ultimate Fighting Championship (UFC). She regularly posts candid photos on social media.

After being defeated by Amanda Ribas in July 2020, Vanzant left the UFC. In August of the same year, she signed with Bare Knuckle FC, a promotion that hosts bare-fist fighting tournaments. Under the auspices of the organization, she suffered two defeats in two fights. In the last one, she fought with Rachel Ostovich, whom she won in the UFC.