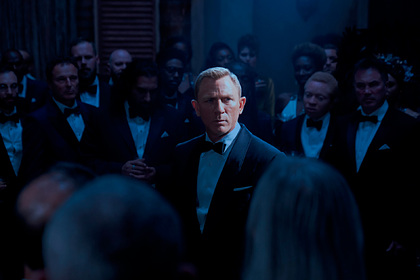 No time to die ”announced the return of the super agent. Her words about the future of the character are quoted by Deadline.

Broccoli added that she does not yet know how agent 007 will return to the screens after Daniel Craig's handsome departure from the franchise, but it will definitely happen. “He will return. You can rest assured that James Bond will return, “the producer said.

Earlier it was reported that the spy thriller became the highest-grossing Hollywood movie in 2021 and the era of the pandemic in general. Its box office grosses exceeded $ 733 million (over 53 billion rubles).

Of the total, only $ 154 million were collected by the creators of the film at the American box office, the rest of the earnings came from the international viewer.

The premiere of the film “No Time to Die” took place on September 28 this year. The film was the last film in the franchise to star British actor Daniel Craig.