Stepfather of a Russian woman Sapieha arrested in Belarus: we have applied for a pardon 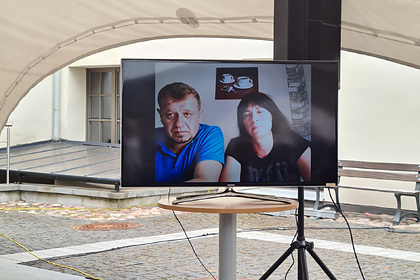 repeatedly asked the authorities of the republic about it. This was stated by the girl's stepfather Sergei Dudich in an interview with the Moscow Talking radio station.

“We have already contacted many times, my wife wrote to both the President of the Republic of Belarus and President Putin. My own father made a video appeal to Lukashenka asking for a pardon. So far, this has not given the effect that we would like. We will not give up, of course. We will do whatever is needed. We will write, “Dudich said.

He added that the last time he saw his stepdaughter was in August 2021, when she was kept under house arrest in Minsk. At the same time, according to Sapieha's stepfather, the Russian woman entered into a pre-trial deal with the investigation, which was supposed to mitigate her possible punishment.

“Our lawyers do not comment on us. It is difficult to understand, given that Sophia had a pre-trial agreement, a deal with the investigation, which provided for, if not a minimum period, then no punishment. According to the consul who saw her on Friday, Sonya is simply suppressed by this accusation, “Dudich added.

Earlier it became known that the Investigative Committee of Belarus charged Sapieha under the article on inciting hatred, she faces six years in prison … Moreover, after the verdict, the girl can be extradited to Russia. The official representative of the Ministry of Foreign Affairs of Russia Maria Zakharova noted that the Russian Foreign Ministry is monitoring the development of the situation.

Sophia Sapega and the creator of the NEXTA Telegram channel Roman Protasevich were passengers on the Ryanair flight Athens – Vilnius, which on May 23, 2021 urgently sat down at the Minsk airport because of the message about mining. During the verification of documents, Protasevich was detained, a criminal case was opened against him under several articles, including “organizing mass riots”, he faces up to 15 years in prison. Together with Protasevich, Sapega was also detained, who admitted on camera that she allegedly ran a Telegram channel in which personal data of the Belarusian security forces were published.