Arsenal Tula won the RPL round 17 match against Khimki with a score of 2: 1 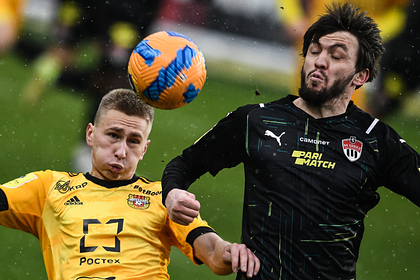 Arsenal Tula ”Defeated Khimki in the 17th round match of the Russian Premier League (RPL). This was reported by the Lenta.ru correspondent.

The meeting took place at the Arena-Khimki. The score was opened in the 38th minute by the hosts: Khimki midfielder Resiuan Mirzov converted a penalty. The guests played only in the second half. In the 61st minute, Zuriko Davitashvili delivered an accurate blow. And Evans Kangwa's goal at the end of the match allowed the Tula to snatch victory.

The final score was 2: 1 in favor of Arsenal Tula. Now the team has 19 points. Arsenal are in 11th position in the RPL standings.