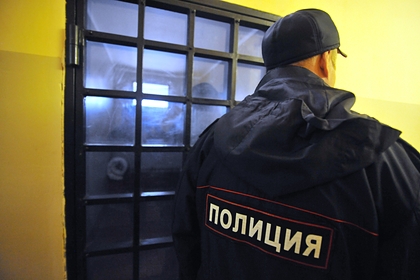 Policemen of the Rostov region have escaped from a psychiatric hospital in Chekhov. According to TASS with reference to the official representative of the Ministry of Internal Affairs of Russia Irina Volk, the fugitive was found in the Aksai district of the region a month and one day after he managed to leave the hospital.

in cooperation with colleagues from the Moscow region, they established the whereabouts of a 33-year-old convict who escaped on November 4 this year from a psychiatric clinical hospital in the Chekhov city district of the Moscow region, where, by a court order, he was undergoing compulsory treatment for committing an especially grave crime, “Volk said./p>

As a result, the fugitive was detained by the police and taken to the territorial police department. His further fate is still unknown.

The 33-year-old Russian was convicted of a serious crime. In Chekhov, he underwent a compulsory decision by a court order. According to the Ministry of Internal Affairs, the man had several noticeable signs, in particular, scars in the neck area, acne on his face and a “WOLF” tattoo on the fingers of his left hand.