US Ambassador Sullivan: Diplomacy Can Avoid “Tragic Violence” in Ukraine 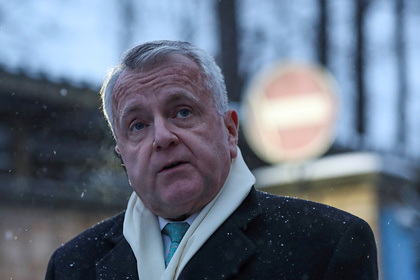 and tragic violence in Ukraine ”. He stated this in an interview with RBC.

Sullivan recalled the statement by US Secretary of State Anthony Blinken about the unusual strengthening of the Russian military on the border with Ukraine. According to him, Washington believes that there are destabilizing forces inside Ukraine. Against this background, the US hopes that violence on Ukrainian territory can be avoided through diplomatic interaction through existing formats and structures, such as the Normandy format and the Trilateral Contact Group, the American diplomat said.

In addition, Sullivan noted that on December 2, Blinken met with Russian Foreign Minister Sergei Lavrov to continue interaction on this issue. He also added that US President Joe Biden instructed him to build stable and predictable relations with Moscow, despite existing differences.

Earlier, the Associated Press, citing a source in the US President Joe Biden’s administration, reported that, according to US intelligence services, Russia is planning an invasion of Ukraine in early 2022. According to the interlocutor of the American publication, Moscow intends to deploy 175,000 servicemen on the Ukrainian border, with half of them already in their respective positions.