Tikhonov on the behavior of Matvey Eliseev: please expel him from the team, he takes someone else's place 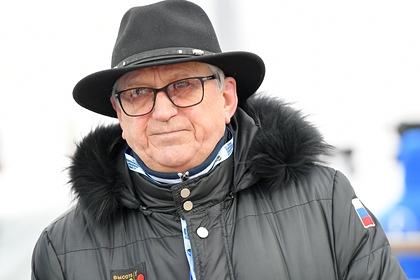 Four-time Olympic champion Alexander Tikhonov shared his opinion biathlete Matvey Eliseev in the first races of the season. He is quoted by Metaratings.ru.

“I appeal to the coaching staff and the Ministry of Sports with a request to expel Eliseev from the team, who takes someone else's place there and behaves in a boorish way with coaches,” Tikhonov urged. He was indignant that the biathlete asks for rest at the beginning of the season and refuses to go to the starts. The main critic of Russian biathlon admitted that for the first time he sees an athlete taking a place in a team and at the same time not participating in competitions.

Tikhonov also commented on Eliseev's behavior during the training process. During the preparatory period, the biathlete did not follow the orders of the head coach and provoked a conflict with him, then demanded to train according to the plans of his secret coach and ended up in the team without qualifying competitions. According to the specialist, for such behavior the athlete should have been immediately removed from the national team, prepared at his own expense and selected for international starts through the “Izhevsk rifle” on a general basis. “What kind of star is this to be coddled like that?” – Tikhonov was indignant.

Eliseev performed at the first stage of the World Cup in Ostersund, Sweden, where he took 30th place in the individual race, and 78th in the sprint. After that, he was transferred to the second squad for the IBU Cup in Norway. However, Eliseev missed the race due to poor health.