Michael Griffin: hypersonic technology lowers the United States to the level of Russia and China 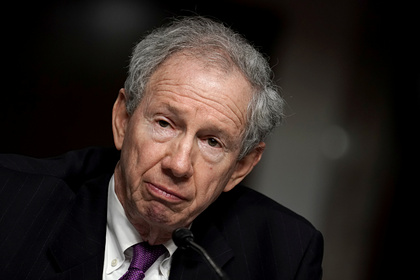 Russia and China do not want nuclear exchange more than the United States, The American edition of SpaceNews reports the statement of the former Deputy Secretary of Defense for Research and Technical Development of the United States (during the administration of President Donald Trump) Michael Griffin.

According to him, at present, Moscow and Beijing have less developed conventional armed forces than Washington. On the other hand, the presence of hypersonic gliders gives Russia and China an advantage over the United States. “They can bring us down to their level with the right disruptive technology. Hypersonic weapons are just such a destructive technology, “the former head of NASA (during the administration of George W. Bush) was frightened.

According to Griffin, to counter the Russian and the Chinese threat, the United States should more actively develop satellite constellations that allow tracking missile threats, and by an order of magnitude increase investments in the development of its own hypersonic weapons.

Thus, the former head of NASA reacted to a test carried out by China in July, presumably a system of partially orbital bombing.

In December 2019, in a column on Defense News, the former US Deputy Secretary of Defense for Research and Development wrote that the Soviet Union lost to the United States in the Cold War, because the latter preferred, where possible, use the principle of “money instead of blood.”

In March 2018, Griffin said that in the 2020s one of the most promising species weapons in outer space will be a neutron gun.