In the Odessa region, a man stabbed an acquaintance during a feast and hid his body in a sofa 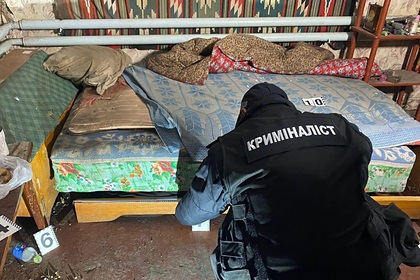 In a village in Odessa region, two acquaintances had a falling out a feast during which one of the drunken men killed, stabbed the second with a knife and hid his body in a sofa and disappeared, according to the communications department of the Main Directorate of the National Police for the region.

A few days later, another local resident found the body of the murdered and turned to to law enforcement agencies. During the search activities, an attacker was found and detained, who turned out to be a 29-year-old man.

“It has been established that while drinking alcohol, the victim verbally offended his friend, because of which he stabbed the man in the chest with a knife. He died on the spot from his wounds. To hide the traces of his crime, the attacker hid the murdered fellow villager in the sofa and disappeared, “the message says.

The attacker was placed in a temporary detention center. He faces from seven to 15 years in prison.

Earlier it became known that in the Krasnodar Territory 37-year-old Konstantin Kushnarenko was convicted for the double murder of his parents, he sat for 16 years in a strict regime colony. He committed the crime after another quarrel with his father over alcohol. He stole his hunting rifle and cartridges from the safe, shot his father while he was sleeping, and then decided to deal with his mother.