Spartak in the minority defeated Akhmat in the RPL match 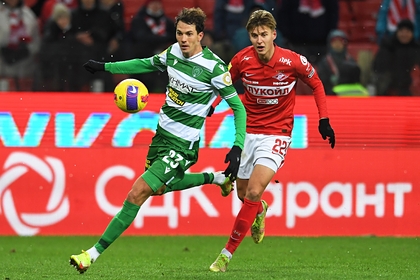 Moscow Spartak defeated Akhmat Grozny in the match of the 17th round of the Russian Premier League (RPL). This was reported by the Lenta.ru correspondent.

The Red and White defeated the opponents with a score of 2: 1. In the 13th minute, Spartak took the lead thanks to a goal from Victor Moses. At the 32nd minute, the Moscow team was left in the minority when the striker Alexander Sobolev received a direct red card. In the third minute of added time in the first half, Daniil Utkin equalized the score.

Quincy Promes scored the winning goal in the 87th minute. The midfielder was named the best player in the meeting.

Spartak won for the first time in seven matches. In previous meetings, the team lost twice and drew four times.

In the standings, Spartak is ninth with 23 points, Akhmat is seventh with 24 points.