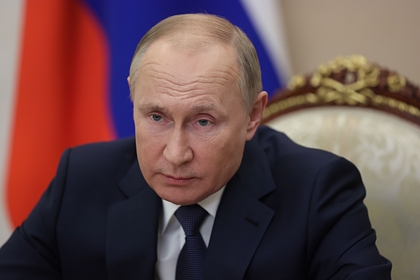 To enter into negotiations with Russian President Vladimir Putin, Ukrainian leader Volodymyr Zelenskyy must arrest all citizens of Ukraine, whom the head of the Russian Federation considers his enemies. According to the former Prosecutor General of Ukraine Yuriy Lutsenko, this is exactly the condition Putin called Zelensky. He is quoted by Obozrevatel.

“The direct negotiations that Zelenskiy wants to attend will begin when Putin’s main enemies are arrested. And there is a blacklist. The first is Poroshenko, the second is Turchynov, the third is Yatsenyuk, and so on, “the politician said on the air of the program” In direct text with Yuriy Lutsenko. ” suspicion of ex-President Petro Poroshenko of coal trade with the Lugansk and Donetsk People's Republics (DPR and LPR). Former Deputy Prosecutor General of Ukraine Viktor Trepak noted that politician Viktor Medvedchuk and ex-Minister of Energy of Ukraine Volodymyr Demchishin are being investigated in the same case.