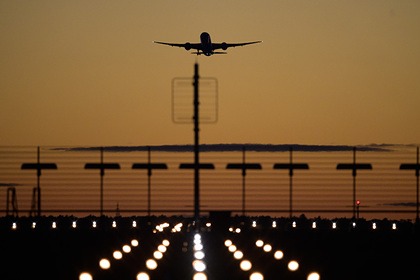 Passenger plane en route Tel Aviv – Moscow was forced to change direction in order to avoid rapprochement with a US reconnaissance aircraft over the Black Sea. This is reported by Interfax, citing a source in air traffic control services.

According to the agency, one of the two scouts crossed the established civil aviation routes and approached the passenger Airbus. The American pilots did not respond to inquiries from the ground.

“The crew reported a warning about a dangerous approach. The vertical distance between the planes was less than 20 meters. The dispatchers gave the command to the civilian plane to descend 500 meters and take a safer echelon, “the service reported.

On December 3, Russian Su-27 and Su-30 fighters rose over the Black Sea to prevent violations of the Russian borders US reconnaissance aircraft.

The Russian Defense Ministry reports that the Russian Aerospace Forces fighters have identified targets as the US Air Force RC-135 strategic reconnaissance aircraft and the US Army CL-600 Artemis reconnaissance and targeting aircraft. The Ministry of Defense notes that after the U-turn of American aircraft, the Su-27 and Su-30 returned to the airfield.