Olympic champion Tatyana Navka about transgender people in figure skating: this is nonsense and nonsense 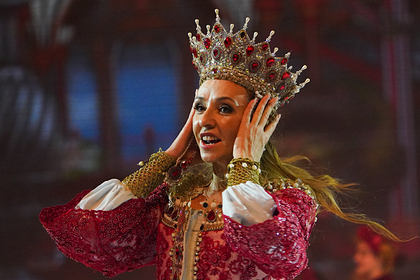 Olympic champion in ice dancing Tatyana Navka in figure skating. She is quoted by Match TV.

“No matter how you want to change your appearance, it is probably impossible to compare genetically and physically set standards. It seems to me that this is stupidity and nonsense, ”the former skater shared her opinion. Navka noted that physiologically, men have a different hormonal background and other physical capabilities. Therefore, in her opinion, competition with transgender people will be unfair.

In July of this year, Navka spoke about her attitude to men's rhythmic gymnastics. She stated that rhythmic gymnastics is a wonderful female sport, and there is no place for men in it. In her opinion, “such trends will lead Western society to a dead end.”

On November 17, the IOC presented recommendations on the admission of transgender athletes to competitions among women. These stipulate that athletes must be admitted regardless of gender or gender identity, and that detailed eligibility criteria must be developed by the NFs themselves.