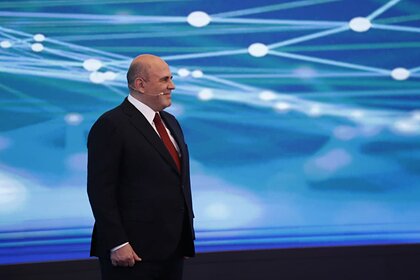 In particular, the head of government examined the stand of the Polytechnic Museum “From Russia with Love”, presenting an excursion into the history of ideas and inventions that appeared in the country, the main exhibition with a seven-meter installation of the human brain, created in collaboration with leading Russian scientists and neuroscientists.

Then the Prime Minister examined the stand “Moscow-2030”, which tells about the achievements of the Russian capital as a modern, rapidly developing city.

Also, the head of government examined the stand of USM holdings, the founder of which is Alisher Usmanov. The USM Group presents at the Russian Pavilion the LED installation “Universe of Possibilities”, which is controlled via a touch panel. With the help of 60,000 LEDs mounted on transparent strings, volumetric models have been created on the themes of ecology, science and society – the three main areas of human development that determine its future. Key trends were presented on behalf of the holding companies operating in the mining and metallurgical and telecommunications industries, as well as in the Internet and digital technologies.

Presenting the stand, the general director of the holding, Ivan Streshinsky, focused on activities in the field of ecology. “Our company Metalloinvest (general partner of the Russian Pavilion at EXPO 2020 in Dubai) is a world leader in the production of HBI, a product that plays a key role in the decarbonization of metallurgy. It is a low-carbon raw material used to make steel in electric furnaces, which produces up to 50 percent less CO2 emissions than conventional smelting. In addition, we have the Udokan Copper company, which develops one of the largest copper deposits in the world. Copper is a key metal for energy transfer. We are building a plant with the highest environmental standards, in order to reduce our carbon footprint, we have already developed a climate strategy that allows us to assess emissions in all categories to identify opportunities for their reduction. Already, more than half of the energy consumption in the Udokan project is provided by alternative energy sources, “he said.