Belarusian Foreign Minister Makei: famous madame was invited to the OSCE to popularize 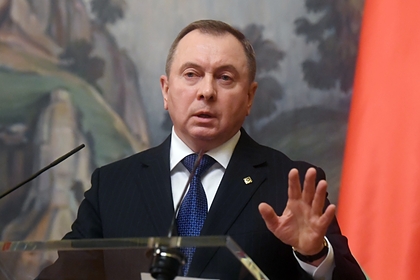 Belarusian Foreign Minister Vladimir Makei commented on the presence of the leader of the Belarusian opposition at the meeting of the Council of Ministers of Foreign Affairs of the OSCE countries in Stockholm. This is reported by Zerkalo.

In an interview with the Belarus 1 channel, Makei did not name Tikhanovskaya by name, referring to her as “a famous madam”. “Allegedly, by chance, the chairman of the OSCE Parliamentary Assembly, the representative of Sweden, invited the famous madam to a number of events,” the head of the Belarusian Foreign Ministry said.

He added that this was done in order to “popularize famous people”, probably meaning Svetlana Tikhanovskaya. He described such a move by OSCE PA President Margareta Sederfelt as dishonest. Makei also said that the opposition leader tried to meet with his colleagues (probably, we are talking about the foreign ministers of other countries), but not all agreed.

On November 24, speaking in the European Parliament, Svetlana Tikhanovskaya said that the countries of the European Union (EU) should be more decisive in their actions in relation to the official Minsk and in support of the Belarusian people. According to her, it is necessary to continue to exert pressure on the President of Belarus Alexander Lukashenko.