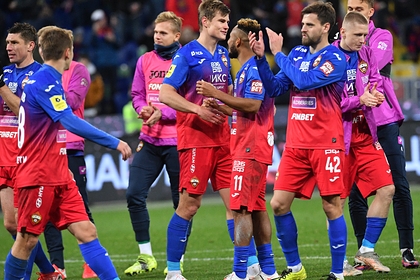 CSKA Moscow won the 17th round match Russian Premier League (RPL) against Samara “Wings of the Soviets”. This was reported by the Lenta.ru correspondent.

CSKA beat their rivals with a minimum score. The match took place in Samara. The only goal in the meeting in the 75th minute was scored by the Norwegian army midfielder Emil Bohinen. He took advantage of Chidera Ejuke's serve and sent the ball into the empty net.

In the 20th minute of the confrontation, CSKA fans left the guest stand. The protest action is dedicated to the mass arrests of Red and Blue fans after the previous round match against Zenit. As a sign of solidarity with CSKA fans, fans of other clubs held similar actions.

After 17 matches, CSKA is fourth in the standings. Alexey Berezutsky's team has 27 points. Sochi, which is in third place, has 28 points and a game in reserve. The Samara club took the eighth place in the championship.