Syabitova about Yagudin's words about “nonsense” in “Stars in Africa”: this is his point of view 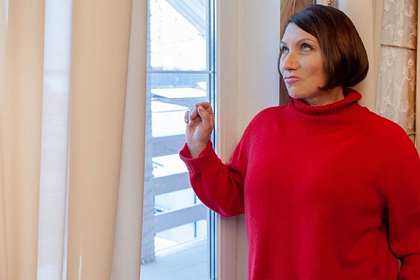 Host of the Let's Get Married! ” on Channel One, Rosa Syabitova responded to the words of the former figure skater Alexei Yagudin that she was “talking nonsense” about the role of a man in the family and other topics while participating in the “Stars in Africa” project. In a conversation with “Teleprogram” the matchmaker said that she did not conflict with the ex-athlete in the show and on the set built her own strategy for communicating with other celebrities.

According to Syabitova, she has nothing to do with the former skater's statement. “This is his [Yagudin's] point of view. This does not mean that mine is better. He feels this way, I feel differently, “the matchmaker reacted.

The TV presenter added that she did not conflict with Yagudin in “Stars in Africa”, since they “have nothing to share.” At the same time, criticism of the ex-athlete of her behavior in the show, as Syabitova noted, is quite understandable. The matchmaker also assured that on the set she built a certain strategy in order to understand the psychological portrait of the project participants. “I wanted to understand who would be on my side, who would be against me. Will they create a group. Who is strong and who is weak, “Syabitova explained.

Yagudin spoke about Syabitova's behavior on the” Stars in Africa “project during an interview for the show” Alena, damn it! ” on YouTube. “There was a series when Roza Syabitova arrived. Everyone just couldn't communicate with her. And I just sat, listened to how she was talking some kind of nonsense. Well, there are some stories about how a man should behave in a family and so on, ”he recalled. According to him, the matchmaker on the set also stated that she would not cook food for her fellow showmates.

In the “Stars in Africa” ​​project, 15 celebrities from pop, sports, cinema, TikTok and other spheres compete with each other friend, passing various tests. The show was filmed in South Africa. The program has been broadcast on TNT since September 19.

Earlier, Rosa Syabitova criticized women who want to earn money on their own. The matchmaker called these girls “monkeys with a grenade” and assured that men do not care about the earnings of a potential partner.