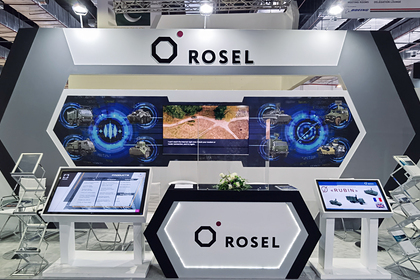 abroad. The Russian development was shown at the EDEX-2021 arms exhibition in Egypt. This was reported by TASS with reference to the press service of the Ruselectronics holding of the Rostec state corporation.

The reconnaissance and signaling complex is designed to detect enemy personnel and equipment. The general director of the Sozvezdie concern (part of the Ruselectronics holding) Mikhail Artemov noted that the export version of the 1K144-E complex detects the movement of tracked vehicles in a radius of up to 200 meters, wheeled vehicles up to 120 meters, and a person up to 30 meters. The complex is capable of transmitting information over a distance of 35 kilometers.

The complex includes seismic infrared and seismometric sensors. Also, 1K144-E received radio equipment and a set of devices for receiving and displaying information.

The holding noted that the new complex makes it possible to classify detected objects by type and determine the direction of their movement. It takes about five minutes to prepare the sensors for observation. The sensors can operate for up to 30 days.

In September, Igor Afanasyev, the general director of NPO Elektromashina (part of the Uralvagonzavod concern of the state corporation Rostec), spoke about the creation of the Prometheus security system. The system received combat modules with heavy machine guns.