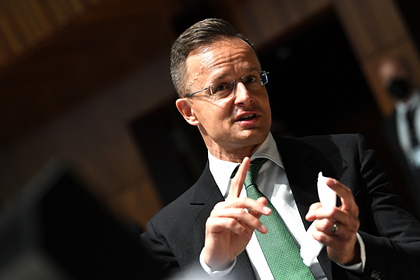 are not afraid of justice “The Arab mafia has taken over Germany. Why are all laws powerless against criminal clans? 00:01 – November 3

Ours is a stranger. Europe has accepted millions of refugees. Why are they now hated, considered terrorists and want to drive them out?

“We see parallel societies. We see that the newcomers have absolutely no respect for those who live in these countries. Now the European Union is exposed to enormous cultural and civilizational challenges and risks, “the Hungarian Foreign Minister said.

In his opinion, Brussels should transfer issues of migration control from the EU institutions to the governments of its member countries. “In my opinion, the European Union would then become much stronger, because states would control their borders much more efficiently,” Siyatro added.

Earlier it became known that the European Commission prohibited migrants from seeking asylum in countries not bordering on Belarus. Thus, now only Poland, Latvia and Lithuania will be able to accept refugees. Vice-President of the European Commission Ilva Johansson explained that illegal immigrants do not have the opportunity to choose a country, since they have no legal basis to stay in the EU.

On November 26, a refugee riot took place in the migration center of Wenjin in western Poland. Hundreds of illegal immigrants took to the site in front of the center building, began to damage equipment and break glass. The riots were suppressed by the forces of 500 police officers of the Lubusz Voivodeship of Poland.