ABC: Actor Baldwin Didn't Hear About Security Issues on the Set of Rust 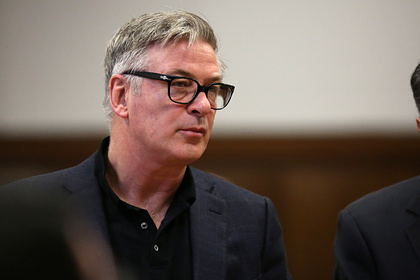 American actor Alec Baldwin said he didn't about any security concerns, including the handling of weapons, on the set of Rust, where cameraman Galina Hutchins was killed in a shooting incident. He spoke about this in his first interview with ABC after the incident.

“I have not heard that there were any problems with this. I believed that if people were hired for the appropriate positions, then they are familiar with their responsibilities, “Baldwin said.

The actor added that he also had no questions about the competence of the people hired after how their predecessors decided to stop filming due to poor working conditions. According to him, a pistol was handed over to him with the words “cold steel”, which means that it is not loaded.

Baldwin added that he did not expect formal charges against him. “I spoke to the sheriff's office, spoke to various people. They tell me that charges are extremely unlikely, “he said.

Earlier, the police in the United States admitted that on the set of the western” Rust “with director Alec Baldwin, where cameraman Galina Hutchins died as a result of a shooting incident , live ammunition could be used. The Santa Fe Sheriff's office at New Mexico headquarters said that during interrogation of the crew members, they recorded several confirmations that live ammunition was used on the set.

On October 22, during the filming of one of the scenes of the western “Rust” Alec Baldwin fired a pistol that was supposed to be loaded with blanks, but they turned out to be live. As a result, cameraman Galina Hutchins died, the director of the film, Joel Sousa, was injured.