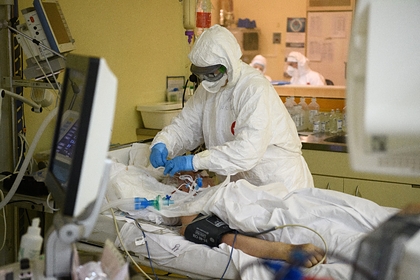 before the delta is confirmed, then the new variant of the virus may take about six months to become dominant in Russia. So the likelihood of displacing one strain by another in a conversation with Lenta.ru was assessed by Academician of the Russian Academy of Sciences, microbiologist, scientific director of the Mechnikov Research Institute of Vaccines and Serums Vitaly Zverev.

since he has not yet supplanted it in any country, even in South Africa, as far as I know, the previous options are still common. If he has a selective advantage, and it seems that he does, then he will be able to displace the delta within a few months or six months, “Zverev noted.

Zverev also suggested that the first patients infected The omicron strain may have already appeared in Russia, or will be on the territory of the country in the coming days.

Earlier, Russian Health Minister Mikhail Murashko said that no cases of infection with the omicron strain have yet been recorded in Russia. According to him, the department carefully checks all arriving from countries where there were outbreaks of a new variant of the virus.

On Friday, December 3, it became known that in the Australian capital Canberra, a fully vaccinated man, who did not leave, was infected with the omicron strain. outside the country.