Media: to enter Crimea during the New Year holidays, you will need a PCR test 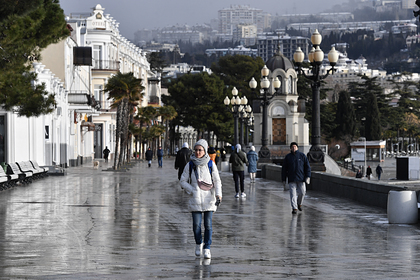 Russian tourists who are going to visit the Crimean peninsula during New Year's holidays, reminded of the antique restrictions in force in the region. E1.RU writes about this.

First of all, to enter the territory of Crimea by any type of transport (by car, bus, train or plane), you must have a PCR test or a certificate of vaccination. In addition, to check into hotels, sanatoriums and guest houses, you will need a QR code confirming the fact of vaccination or previous illness, or a medical evacuation with a negative test for coronavirus.

Without these documents, it will also be impossible to get on excursions, in museums, theaters, cinemas, shopping and entertainment centers, restaurants and cafes. Despite the restrictions introduced, the work of catering establishments is limited until 23:00 – the same rule applies to food outlets in sanatoriums and boarding houses.

“This year we will have a shortened festive evening: in the buffet area until 21 hours, in the a la carte restaurant – until 23 hours. But in the park we will dress up our century-old pine trees, so all vacationers will be able to raise glasses of champagne “under the herringbone”, as expected, “- said a representative of one of the Crimean hotels.

Earlier in December, the Russians revealed what they would be study on non-working days from December 31 to January 9. Thus, the majority of survey participants (27 percent) admitted that they plan to visit relatives or friends for the winter holidays.