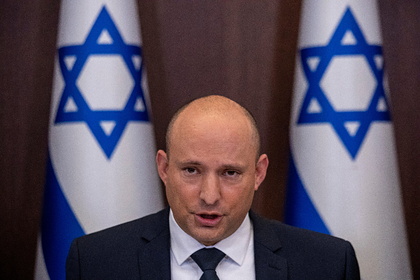 Related materials 00:10 – 16 September “Maneuvers behind Moscow's back” The US leaves the Middle East. Why won't this help Russia to strengthen its position in Syria00: 04 – April 1

“Either kill or be killed” Poisons, bombs, intrigue. How the legendary Mossad intelligence service has been eliminating the enemies of the Jewish state for 70 years?The Israeli prime minister fears that as a result of the talks, Iran will not only keep its nuclear program, but “will also receive money for it.” As reported by TASS, on November 29, Bennett noted in his address that Tehran would not abandon its goal of destroying Israel.

“Despite violations by Iran and undermining nuclear inspections, Iran will sit down at the negotiating table in Vienna, and there are those who believe they deserve to lift sanctions and inject hundreds of billions of dollars straight into their rotten regime. They are wrong, “the prime minister said, pointing out that Iran does not deserve either the lifting of sanctions or lucrative deals.

Iran and the big vigorous powers at the Vienna talks that started on November 29 are trying to renew the 2015 deal on The Joint Comprehensive Plan of Action (JCPOA) under which Tehran limited its nuclear program in exchange for exemption from US, EU and UN economic sanctions. The United States pulled out of the deal in 2018 during Donald Trump's presidential term.