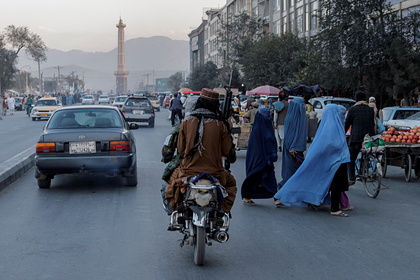 UN Assistance Mission in Afghanistan (UNAMA) transferred to the Afghan Central Bank 16 million dollars. This was reported on the air of the Afghan TV channel 1TV, TASS reports.

According to the statement of the Central Bank representative, these funds should be used to extend humanitarian aid to the Afghan population. He noted that they will be involved in the fight against poverty in the country.

Earlier it became known that at least 95 percent of the Afghan population will face hunger in winter. According to the Afghan Ambassador to Russia Said Tayeb Javad, after the seizure of power by the militants of the radical Taliban movement ( a terrorist organization banned in Russia ), hard days have come for the residents of the republic.

December 1 sources reported that the World Bank is preparing to unfreeze part of Afghan assets in the amount of $ 280 million to send humanitarian aid to Afghanistan. To do this, the bank needs to obtain permits from 31 donors of the Afghanistan Reconstruction Trust Fund, which is also managed by the bank's structures. The donor meeting will take place on Friday, December 3.