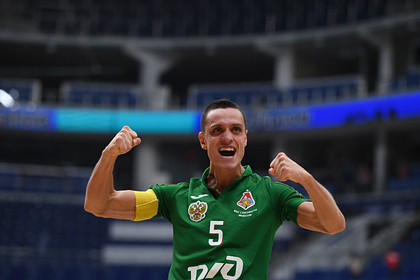 World beach soccer champion Boris the book of the fighter Khabib Nurmagomedov helped to recover from a serious injury. His words are quoted by Gazeta.ru.

The player shared the story of recovery after a ruptured posterior cruciate ligament, which he received in 2019. The footballer could hardly walk and tried to regain knee mobility, but the condition only worsened. Then the athlete went on vacation to Mexico and took with him the book Khabib Nurmagomedov Khabibtime. According to the footballer, we can say that the fighter saved him.

“The book motivated me very much, I returned home and continued the hardest path of recovery. And literally a month and a half after the flight, I coped with the injury, and after two or three I was playing as if nothing had happened, “Nikonorov said. The footballer noted that Nurmagomedov faced the same injury, but withstood all the difficulties and became the world champion.

Previously, Nikonorov spoke about the player of St. Petersburg Zenit Artem Dziuba. He stated that he has a positive attitude towards the striker, despite his controversial behavior, and called him a personality.