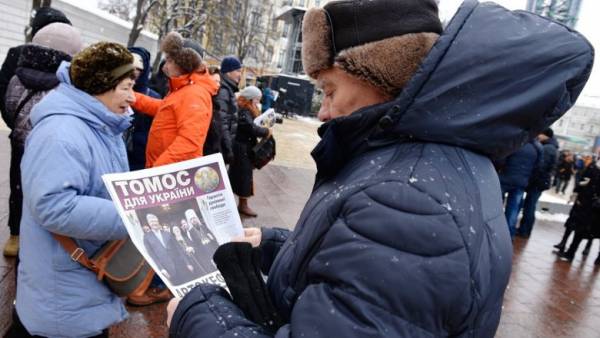 All-Ukrainian and regional print media must be published in Ukrainian. The corresponding 25th article of the law “On” ensuring the functioning of the Ukrainian language as a state language” entered into force on 16 January.

Editions may also be published in other languages, provided their circulation is simultaneously published in national. “A circulation in Ukrainian must be made, and legal copies must be sent in accordance with legislation, even if, apart from legal copies, no more one copy in Ukrainian can distribute   — noted in the press service of the State Committee for Television and Radio Broadcasting (quote from UNIAN).

An exception in Article 25 is made for English and Crimean Tatar, languages ​​of other indigenous peoples of Ukraine and official languages ​​of the EU. Russian was not included in this list.

Publications in Russian can be issued if subscribers are given the opportunity to subscribe and in the state language.

According to the law, all language versions of print media must be published under the same name, “correspond to” each other in terms of content, volume and printing method, and their nbsp;numbers must have the same serial number and  one day.

In Ukraine, they said that Gogol “went crazy” because of the Russian language local print media, a similar requirement will come into effect on July 16, 2024.

From  16 July 2022, the commissioner for the protection of the state language will be able to bring violations of the print media requirements to responsibility. The amount of the fine reaches from 400 to 500 non-taxable minimum incomes of citizens, for repeated violation — from 500 to 700 lows.

The entry into force of several articles of the law has been postponed. The state ordered the organization of state language courses for citizens.

On January 16, 2021, Article 30 came into force. It obliges the service sector to work in Ukrainian. An exception is possible if the client asks to use another language and this condition is found to be “acceptable to” the parties. At the same time, written information posted in  institutions can be duplicated in any other language. Authorities will start fines for violating this article on July 16 of this year.