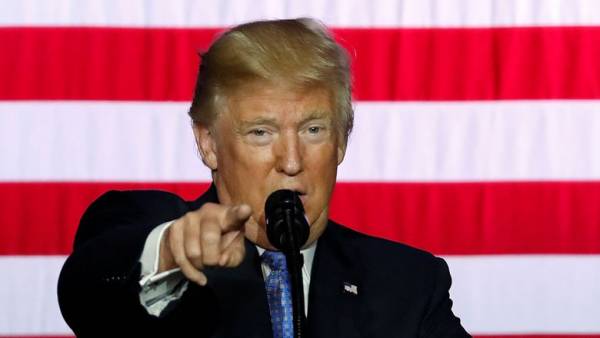 “What is the most difficult country they've dealt with,” they asked: Russia, China, North Korea, Iran ? The hardest country I've ever dealt with — this is USA. We've got some crazy people who created these fakes: “Russia, Russia, Russia”. Everything fabricated, everything created, — Trump said at a support rally in Florence, Arizona.

The event was broadcast by American cable networks.

Trump said that this technology was used against him when he was accused of  relations with RF. Since the 2016 presidential election, US authorities have been investigating alleged ties between the Trump campaign and Russia. The Russian Federation denies allegations of interference in the American elections. In the United States version of "collusion" disavowed and now investigating the background of the campaign against the former US president.

Like all former US presidents, Trump regularly receives classified information at briefings on national security.