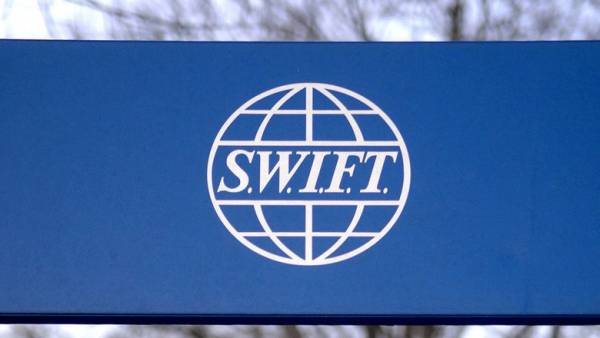 In an interview with the DPA, Merz compared Russia's possible disconnection from SWIFT to the "atomic bomb" for the market of capital, goods and services.

There would be a massive economic downturn, and Germany “would hurt itself considerably,” said the future head of the CDU.

“So Merz called for caution, because “ Germany — strong export country”. He fears serious consequences not for European-Russian trade, but for worldwide  — reports the contents of the ZDF interview.

In addition, the disconnection of Moscow from SWIFT “will break the foundation of this international payment system,” Merz emphasized.

In January of this year, the United States introduced a new package of sanctions against Russia in the event of an invasion of Ukraine. The document titled “Deterrence of Authoritarian Warfare Act 2022” proposes, among other things, the introduction of a ban on transactions with Russian companies in energy, financial, mining and aerospace sectors, and imposes sanctions against the SWIFT international interbank system if it does stop providing services to Russian banks and  ;companies subject to sanctions».

The imposition of tough sanctions against Russia could lead to  the opposite effect in the form of damage to the global economy and Russian cyberattacks in response, CNN reported, citing  sources. And the fact that disconnection of Russia from the international interbank system SWIFT is not beneficial to anyone, said the Minister of Finance of the Russian Federation Anton Siluanov.

The SWIFT system allows you to transfer information and make payments between banks of different countries. Over 11 000 financial institutions from more than 200 countries of the world, including Russia, are connected to it.

The initiative to disconnect Russia from SWIFT has been repeatedly expressed by European and Ukrainian politicians. On April 29 last year, the majority of the deputies of the European Parliament (EP) supported the resolution, which proposed, among other things, to disconnect Russia from SWIFT. However, this document is not compulsory, and acts as a EU recommendation.