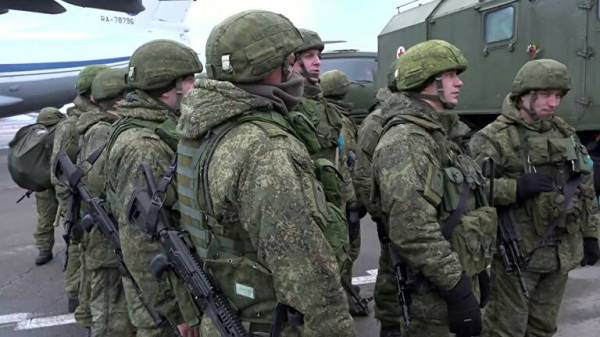 “Units of Russian peacekeepers from the composition of the Collective Peacekeeping Forces of the CSTO in Kazakhstan loaded military equipment into aircrafts of VTA Il- 76 and An-124 and departed from Alma-Ata», — the message says.

Fifteen Il-76s and three An-124s will deliver personnel and equipment of airborne units to airfields in Ivanovo and Moscow regions. Then the peacekeepers will return to points of permanent deployment.

For assistance to CSTO “in overcoming the terrorist threat” President of Kazakhstan Kassym-Jomart Tokayev asked on January 5 after riots broke out in the country amid protests against a doubling of prices for liquefied gas. According to the UN, about 1,000 people were injured during the protests in Kazakhstan. According to the Ministry of Internal Affairs of the republic, 17 Kazakh security officials were killed, more than 1.3 thousand were injured.

The CSTO Collective Security Council decided to send collective peacekeeping forces to Kazakhstan to normalize the situation in the country. Military personnel from Russia, Belarus, Armenia, Kyrgyzstan and Tajikistan took part in the operation. They were entrusted with the protection of strategically important facilities.

On Thursday, January 13, it was announced the successful completion of the CSTO mission, on Friday morning, peacekeepers from Armenia and Tajikistan returned to their homeland.