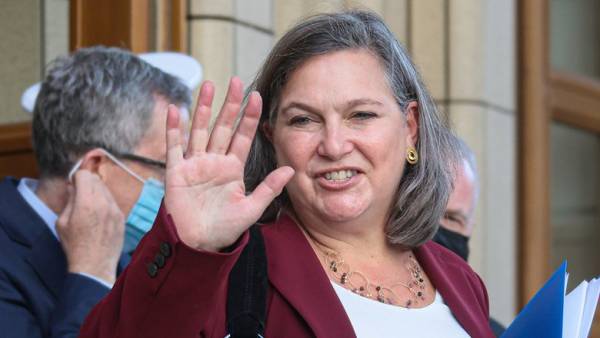 “I'm not  going to pre-reveal 18 different scenarios. <…> I simply say that we allies are prepared to inflict sharp pain very quickly if Russia takes this [aggressive] step in any form   — she said.

At the same time, the deputy secretary of state added that from the US point of view, “the door for a diplomatic solution is still open,” and Washington continues to work on a written response to the proposed security guarantees to Russian officials.

We feel we can de-escalate tensions and make some progress on some of these issues with the help of diplomacy   — Nuland emphasized.

Since the autumn of 2021, Western media have been reporting a possible Russian invasion of Ukraine. Russia denied all accusations. The Kremlin noted that movements of troops across the territory of the country — this is her internal affair. Russian President Vladimir Putin, in turn, spoke about increasing NATO activity along Russian borders.

In in mid-December, the Russian Foreign Ministry sent proposals on security guarantees to           ; They contained a clause on non-expansion of the alliance to the east, in particular on the obligation not to accept Ukraine and Georgia into the bloc. Negotiations with               ; The press secretary of the Russian President Dmitry Peskov, following the results of the talks, said that they were unsuccessful.