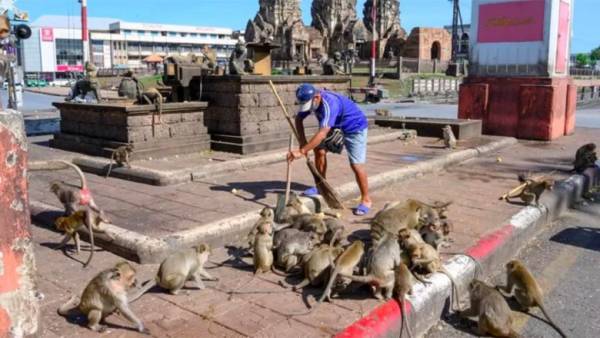 Lopburi has long been known in the country for its huge population of macaques, which attracts tourists from all over the world. Locals even hold an annual festival in honor of primates.

Usually, the monkeys were plentifully fed by tourists, but during the pandemic, the locals also began to throw them food.

Since the beginning of the coronavirus quarantine, 6 thousand Lopburi macaques have become more aggressive: now they penetrate into homes and steal everything that is bad. 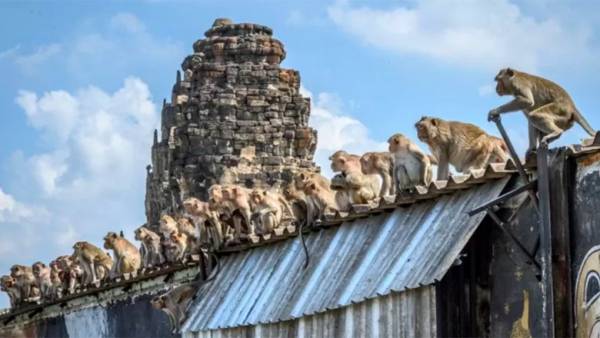 One abandoned cinema even became their “base”: locals say that anyone who tried to enter was attacked.

Residents assume that the animals were brought to the city by the felling of a nearby forest.

City services lure primates with fruit into cages and take them away for sterilization, but they simply can’t keep up with the growth in the number of monkeys.

At the same time, not everyone in the city wants to get rid of macaques. Some residents of Lopburi say they will miss the monkeys even if they leave. 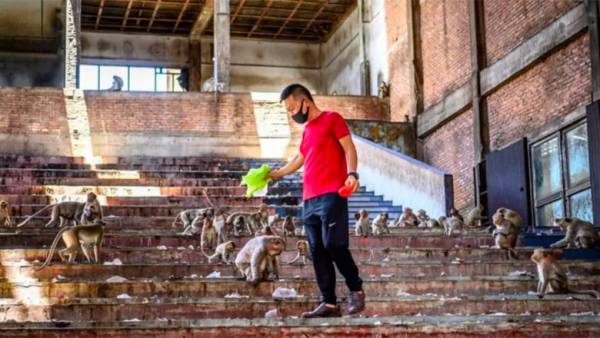