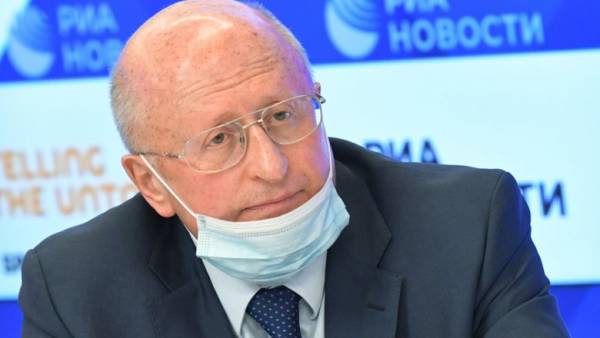 In his opinion, foreign companies have reported on the development of vaccines for omicron, because their drugs against the strain “do not work, unlike Sputnik V.”

This is confirmed by a joint study of the Gamalei Center and the Italian National Institute of Infectious Diseases named after Lazzaro Sallanzani.

“In mRNA vaccines, there is a fixed conformation (the spatial arrangement of atoms in a molecule of a certain configuration. – IF) S is a protein that works well against the “Wuhan” variant, and in our “Satellite” it is not fixed, it bends all over like a snake. And therefore, the number of specific antibodies inoculated by the “Satellite” in latitude is much greater, that is, a wider range of virus neutralizing antibodies is formed,” Ginzburg explained.

He noted that in order to achieve the necessary level of collective immunity in Russia needs to vaccinate 10 times more people per day than it is now, and those who have already been vaccinated should be vaccinated again in six months.

On January 10, Pfizer CEO Albert Burga told CNBC that the vaccine against the omicron strain will be ready in March. According to him, it is still unclear whether a separate vaccine from omicron is needed and how to use it, but the company will produce a certain number of doses, because the authorities of individual countries want it to be ready as soon as possible.

Omicron was detected in southern Africa in early November. According to WHO, the new variant of the virus has 32 mutations — more than all previously known. These changes increase its contagiousness, potentially increase the level of penetration into human cells and affect the increase in infectivity, the head of Rospotrebnadzor Anna Popova said earlier. At the same time, it is less likely to cause severe COVID-19, she noted.