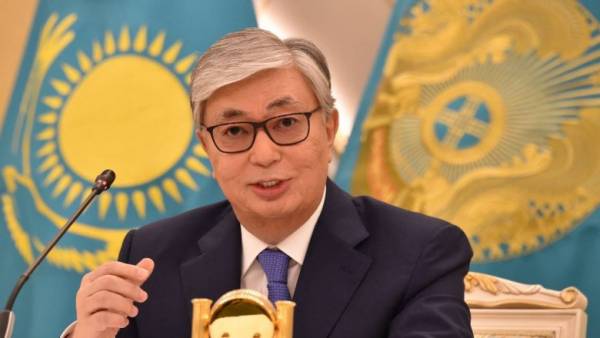 The head of state announced the & nbsp; start of a military special operation. “ Terrorists continue to use weapons and damage property of citizens. Therefore, counter-terrorism actions should be continued until the & nbsp; complete elimination of the militants & raquo;, & nbsp; & mdash; indicated & nbsp; he.

Tokayev clarified that & nbsp; order in & nbsp; was mainly restored in & nbsp; all regions of the country. Local authorities are in control of the situation.

Earlier it became known about & nbsp; the use of armored vehicles against gangs of marauders in & nbsp; Alma-Ata. The Ministry of Internal Affairs of Kazakhstan also reported on & nbsp; 26 liquidated and & nbsp; 18 wounded criminals. During the riots, three thousand suspects were detained.

On January 2 & nbsp; protests began in & nbsp; Kazakhstani cities due to & nbsp; growth of prices for & nbsp; gas for & nbsp; cars from & nbsp; 60 to & nbsp; 120 tenge. Later, they escalated into & nbsp; riots with & nbsp; demands for the departure of the first president of Kazakhstan, Nursultan Nazarbayev, from & nbsp; politics, holding new elections and & nbsp; dissolution of parliament. The most significant clashes occurred in the & nbsp; former capital of the country, Almaty.