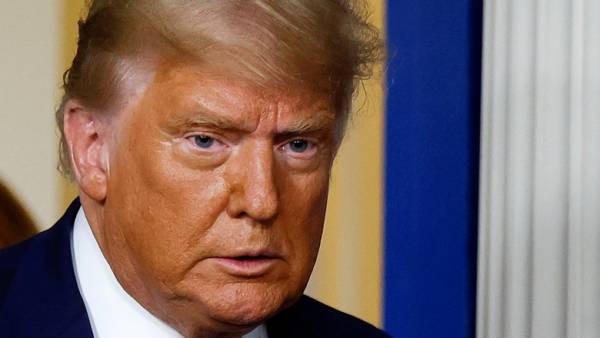 The incumbent head of the White House accused his predecessor of & nbsp; obstructing the peaceful transfer of power following the 2020 elections. Biden noted that & nbsp; this led to riots in & nbsp; Washington. “ He & nbsp; did this because & nbsp; it is not & nbsp; principles that are more important to him, but & nbsp; power '', & nbsp; & mdash; said & nbsp; he. During his 25-minute speech, the politician never & nbsp; uttered the name of his predecessor.

In & nbsp; in turn, the former US President issued three statements, & nbsp; of which he accused the successor of & nbsp; trying to divert attention from & nbsp; a series of failures in & nbsp; foreign and & nbsp; domestic policy, and & nbsp; also in & nbsp; attempts to divide the country.

In & nbsp; October 2021, it was reported that & nbsp; Trump tried to block the transfer of documents and & nbsp; materials on the & nbsp; storming of the Capitol to the Committee on & nbsp; investigation of the incident, in & nbsp; including call logs, drafts of comments and & nbsp; speeches.

The storming of the Capitol building took place on January 6 & nbsp; January 6, 2021 during a rally of supporters of ex-US President Donald Trump, who did not & nbsp; recognize the results of the November vote , according to the results of which Democrat Joe Biden was elected the next head of state. The protests led to massive clashes with the police. Five people were killed, dozens were detained.