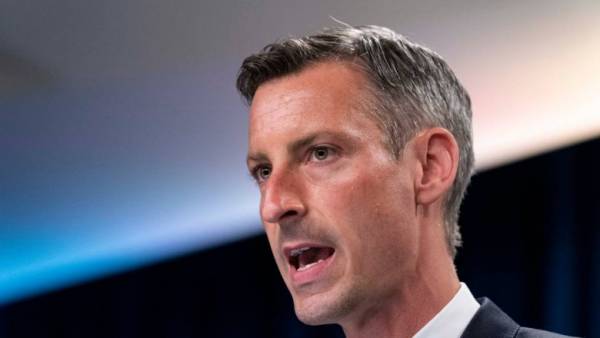 “We & nbsp; condemn acts of violence and & nbsp; destruction of property and & nbsp; call for & nbsp; protest and restraint & nbsp; nbsp; We & nbsp; urge all parties to find a peaceful solution to the state of emergency & nbsp; & mdash; State Department spokesman Ned Price said in a statement & nbsp; Washington. The United States asks Kazakhstanis to respect and & nbsp; protect constitutional institutions, human rights and & nbsp; freedom of the press, including with & nbsp; restoring access to the & nbsp; Internet.

Protests in & nbsp; Kazakhstan have continued since & nbsp; 2 & nbsp; January. Initially, the demonstrators demanded lower prices for & nbsp; liquefied gas. The protests didn & nbsp; cease after meeting their demands. According to & nbsp; official information, during the riots, eight police officers and & nbsp; military of the National Guard were killed, 317 were injured. The government has resigned. A state of emergency is in effect on the territory of the whole country. The CSTO is sending peacekeeping forces to & nbsp; Kazakhstan.