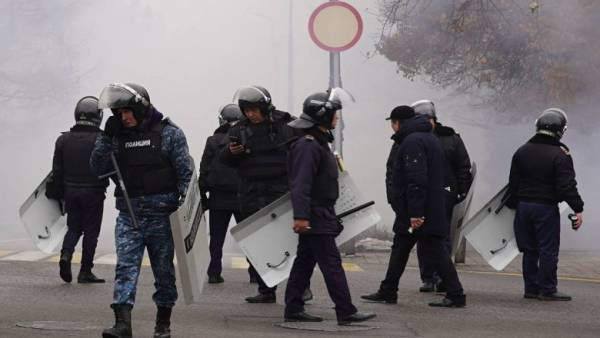 In addition, shooting resumed in & nbsp; Alma-Ata. In the & nbsp; area of ​​the Republic Square, clashes are recorded.

On the eve, the protesters seized the international airport in & nbsp; Alma-Ata, and the airport of Aktau also stopped working. Today, all flights were canceled at the Nur-Sultan airport.

The protests in & nbsp; Kazakhstan have continued since & nbsp; 2 & nbsp; January. Initially, the demonstrators demanded lower prices for liquefied gas. The protests didn & nbsp; cease after meeting their demands. The government has resigned. A state of emergency is in effect on the territory of the whole country. President Kassym-Jomart Tokayev asked the CSTO for help to & nbsp; overcome the terrorist threat. The first batch of Russian peacekeepers has already arrived in & nbsp; country & nbsp;, which will be responsible for & nbsp; law and order in & nbsp; Kazakhstan.